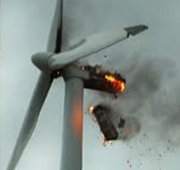 The green-jobs revolution may be going up in smoke.Despite billions of dollars in federal investment and cheerleading from President Obama, even the most ardent supporters of a transformed, job-generating energy sector based largely on wind, solar and other renewable sources acknowledge that their dreams have not translated into reality. The records for other countries chasing green employment opportunities have been equally unimpressive.

Rep. Maxine Waters, California Democrat, told MSNBC last month that, despite impassioned support from liberal Democrats and environmentalists, “green jobs” initiatives “have been about a lot of talk, and not a lot has been happening on that.”

The absence of a promised boom in environmental jobs has become a talking point among Republicans who are campaigning to unseat Mr. Obama in the 2012 election.

Talk of green jobs was conspicuous by its absence from Mr. Obama’s jobs speech to a joint session of Congress on Thursday night. He gave the address on the same day that the FBI raided California solar-energy company Solyndra, which filed for bankruptcy and laid off at least 900 full-time employees.

Read the rest at the Washington Times.

4 Responses to Promises of green jobs withering on vine