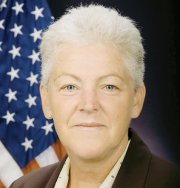 Gina McCarthy has decades of experience as an environmental bureaucrat, but a number of factors make her wholly unqualified to serve as EPA Administrator, say experts at the Competitive Enterprise Institute. President Barack Obama nominated McCarthy on Monday to succeed Lisa Jackson to lead EPA.

“As Assistant EPA Administrator for the Office of Air and Radiation, Gina McCarthy has implemented radical environmental policies that will put hundreds of thousands of Americans out of work but do little to nothing to improve environmental quality,” said Myron Ebell, Director of the Center for Energy and Environment at CEI.

“McCarthy has regularly tried to conceal the Obama administration’s economically destructive policies by misleading Congress, the public and industry. She has regularly stonewalled congressional requests for crucial information. And she is up to her ears in the Richard Windsor e-mail scandal,” Ebell said.