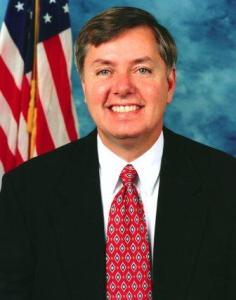 The effort to enact comprehensive climate and energy legislation this year suffered a critical blow Saturday when Sen. Lindsey O. Graham (S.C.), the key Republican proponent of the bill, withdrew his support because of what he said was a “cynical political” decision by Democrats to advance immigration legislation first.

The move forced the other two authors of the climate and energy bill, Sens. John F. Kerry (D-Mass.) and Joseph I. Lieberman (I-Conn.), to cancel a much-anticipated news conference planned for Monday at which they were to unveil the plan they negotiated with Graham.

Graham, who spent weeks working with Sen. Charles E. Schumer (D-N.Y.) on an immigration measure that will appeal to both parties, wrote in an open letter Saturday to leaders of the climate effort, “Moving forward on immigration — in this hurried, panicked manner — is nothing more than a cynical political ploy.”

Late last week, Senate Majority Leader Harry M. Reid (D-Nev.) raised the idea of bringing up immigration legislation before an energy bill, and President Obama on Friday criticized Arizona’s tough new immigration law and said Congress must act on immigration or risk leaving the door open to “irresponsibility by others.”

In an interview, Graham said he has become convinced that Democrats have decided to push for an immigration overhaul in an effort to mobilize Hispanic voters, a key political bloc, and that only a focused effort on a climate and energy bill could ensure its passage.

Democrats denied that election-related considerations were driving the focus on immigration, and the White House, Reid, and Kerry and Lieberman said they would continue to press ahead with the climate and energy effort.

Even so, Graham’s departure greatly undermines Democrats’ prospects of picking up the handful of Republican votes needed for passage. “If Senator Graham leaves the effort, a long shot becomes a no-shot,” said Joe Stanko, who heads up government relations for the law firm Hunton & Williams and represents several industries that would face new federal regulation under a climate bill.

Read the rest of this story at Washington Post.