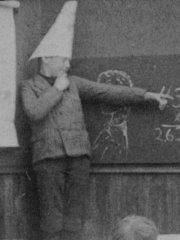 Traditionally, the older scientists held to the prevailing wisdom and were challenged by the new, skeptical graduates looking for wider answers. In climatology, the opposite has happened. The so-called skeptics challenging the prevailing wisdom are the professors who have researched and taught the subject for 30 years or longer. Their knowledge is much wider than that of the new young scientists because climate science has stagnated for thirty years. All the funding was directed to only one side of climate science, and that was the side promoted by the Intergovernmental Panel on Climate Change (IPCC) and accepted as the â€˜official scienceâ€™ by governments.

Itâ€™s now frightening how little climate science is known by both sides of the debate on human causation of global warming. I wrote this sentence before I saw a paper from Michigan State University that found,

Most college students in the United States do not grasp the scientific basis of the carbon cycle â€“ an essential skill in understanding the causes and consequences of climate change.

The professor says students need to know because they must deal with the buildup of CO2 causing climate change. This discloses his ignorance about the science of the carbon cycle and the role of CO2 in climate. Itâ€™s not surprising, and caused by three major factors:

The dogmatism of politics and religion combined to suppress openness of ideas and the advance of knowledge critical to science.

Read the Rest at Dr. Ball’s “A Different Perspective.”