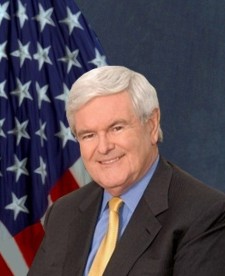 Every presidential candidate is going to come into the 2012 race with baggage. But Newt Gingrich has what, for primary voters, could be a doozy in his closet — three years ago, he cut an ad with Nancy Pelosi for Al Gore’s climate change group.The ad, in which Gingrich and Pelosi don awkward smiles while talking about clean-energy solutions, is coming back to haunt him, along with other statements he’s made about climate change, as he officially launches his presidential bid. While Democrats have a long and winding list of grievances against the former House speaker, his past environmentalism could cause problems on the political right.

The early complaints are coming in large part from a former aide to Congress’ No.1 climate change skeptic, Sen. James Inhofe, R-Okla. The ex-aide, Marc Morano, has virtually devoted his blog ClimateDepot to lambasting Gingrich’s stance on energy issues.

Morano specifically wants Gingrich to apologize for the Pelosi ad and for suggesting that lawmakers need to find a solution to global warming.

“It’s almost like he can’t admit he made a mistake,” Morano told FoxNews.com. “He needs to say it was a brain fart, at the very least.”