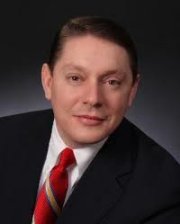 Candidates need to be ready to blow away the arguments

If you’re thinking of becoming a Republican presidential candidate – and who isn’t these days – you can plan on being pressed on the climate issue. In the wake of last week’s new report from a panel of the National Research Council (NRC) reiterating its old talking points on climate, The Washington Post editorialized that all (read “Republican”) candidates for political office should be quizzed about whether they agree with the “scientific consensus of America’s premier scientific advisory group.”

Although this threat is intended to intimidate Republicans who tend toward queasiness when confronted with environmental issues, the attack is easy to parry and then even to counterattack – that’s why Al Gore and his enviros duck debating so-called “climate skeptics.”

First, let’s dismiss a couple of faulty premises of The Post’s editorial.

While it is true that the NRC operates under the umbrella of the National Academy of Sciences, the NRC panel that authored the report has nothing to do with the prestigious individual scientists who make up the National Academy of Sciences membership. NRC panels are highly politicized and often stacked, and no climate skeptics were included in the panel that wrote last week’s report.

Next, science doesn’t work on a consensus basis. We don’t accept that the Earth revolves around the Sun because most scientists or a group of scientists have agreed to say so. Science is driven by data, not groupthink.

In actuality, the NRC report is more an exercise in political science than climate science.

Read the rest of this op-ed at the Washington Times.

Steve Milloy is the author of Green Hell.

71 Responses to 2012 GOP Guide to the Climate Debate