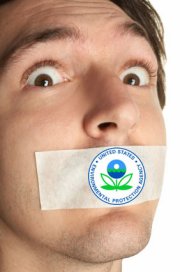 The Environmental Protection Agency is poised to seize new power to regulate emissions of carbon dioxide unless Congress acts to stop them.Â

Carbon dioxide is neither a pollutant nor a threat to human life or the environment. Despite new predictions that the Earth is entering a new cooling phase, the EPA intends to cap carbon dioxide emissions to stop nonexistent global warming. The impact this will have on business, jobs and the economy is staggering. Carbon dioxide is emitted as a byproduct of virtually every energy source. Everything from transportation, heating, electricity, manufacturing and more will be impacted.Â Â

Senator Lisa Murkowski plans to bring to the Senate floor on June 10th, her resolution to disapprove the EPAâ€™s finding that greenhouse gas emissions endanger public health and welfare and therefore must be regulated using the Clean Air Act. The resolution is brought under the rules of the Congressional Review Act. It cannot be filibustered and needs only 51 votes to pass.Â

Senate passage of S. J. Res. 26 will send a strong message to the White House and will put pressure on the House to vote on the resolution. It appears that the vote will be very close and could go either way. Itâ€™s critical that Senators hear from their constituents.