By Paul Chesser Last fall I alerted Spectator readers to the start-up nonprofit Alliance for Climate Education, which spreads the global warming alarmism gospel to students one school assembly at a time. It turns out that the slick ACE lecturers are more than just preachers; they are recruiters too. After they dazzle teens with hip […] 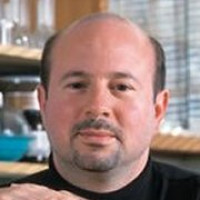 By Dan McGrath on April 7, 2010 in ClimateGate, IPCC, Junk Science

By Ed Barnes When a Penn State board of inquiry unilaterally decided that Michael Mann had broken no rules in the climate-data scandal, global-warming alarmists breathed a sigh of relief, thinking the most damaging episode in their effort to save the planet was behind them. They were wrong. The geology professor’s 1998 climate study, which […] 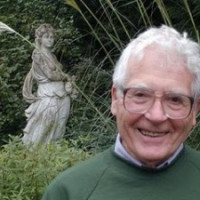 We need a more authoritative world. We’ve become a sort of cheeky, egalitarian world where everyone can have their say. It’s all very well, but there are certain circumstances â€“ a war is a typical example â€“ where you can’t do that. You’ve got to have a few people with authority who you trust who […] 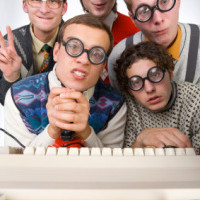 By Doug L. Hoffman With the climate science party-line case for global warming rapidly unwinding there is growing interest by researchers from outside the climate change community in applying advanced statistical techniques to climate data. It has long been recognized that statistical acumen has been lacking among mainstream climate scientists. This dirty little secret was […]

Michael Mann – Hide the Decline From PR Newswire On February 3, 2010, the Pennsylvania State University (PSU) released a report on its internal inquiry of Professor Michael Mann, clearing him of any wrongdoing for his involvement in the “climategate” scandal. Â Mann’s work, including the infamous “hockey stick graph,” concluded: “the 1990s was the hottest […] 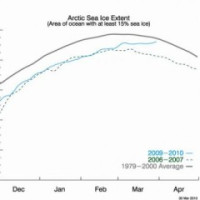 By Don Surber So let us see, the hockey stick of Michael Mann predicted that the temperature of the Earth would rise exponentially and melt the polar ice caps. That seems to have ebbed. And now from a real scientist, Hiroshi L. Tanaka of the University of the University of Tsukuba in Japan: â€œIt is […]

By Jenna Greene The Environmental Protection Agency and the Department of Transportation Thursday finalized the first-ever national greenhouse gas emission levels for cars and light trucks, a move that is likely to bring a gust of new lawsuits. The main target may not be the rule itself, which came after painstaking negotiations with the auto […]

By Dan McGrath on April 1, 2010 in Al Gore, ClimateGate, Corruption

By Eoin O’Carrol In an unprecedented move Wednesday, the Norwegian Nobel Committee rescinded the Peace Prize it awarded in 2007 to former US vice president Al Gore and the United Nations Intergovernmental Panel on Climate Change, amid overwhelming evidence that global warming is an elaborate hoax cooked up by Mr. Gore. A press release from […] 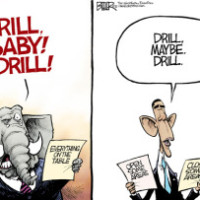 New oil drilling, if it happens, is many years away, while cap-and-trade legislation is here and now By Philip Elliot, AP Reversing a ban on oil drilling off most U.S. shores, President Barack Obama on Wednesday announced an expansive new policy that could put new oil and natural gas platforms in waters along the southern […] 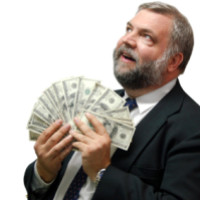 By Richard of EUReferendum It’s been a heady few months for climate sceptics – or “deniers” as the opposition loves to call us. Starting with “climategate”, through a progression of “gates” with much else in between – including the apparent collapse at Copenhagen – it seemed as if we had the warmists on the run.Certainly, […]