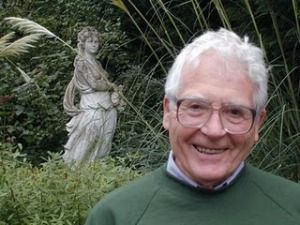 We need a more authoritative world. We’ve become a sort of cheeky, egalitarian world where everyone can have their say. It’s all very well, but there are certain circumstances â€“ a war is a typical example â€“ where you can’t do that. You’ve got to have a few people with authority who you trust who are running it. And they should be very accountable too, of course.

But it can’t happen in a modern democracy. This is one of the problems. What’s the alternative to democracy? There isn’t one. But even the best democracies agree that when a major war approaches, democracy must be put on hold for the time being. I have a feeling that climate change may be an issue as severe as a war. It may be necessary to put democracy on hold for a while.

When I recently interviewed James Lovelock for the G2 section of the Guardian, we spoke for nearly two hours about the various events of the past few months â€“ a period in which he’d remained silent because he’d been over-wintering with his wife Sandy in her native Missouri. There was a lot to talk about: the stolen emails from the University of East Anglia, the UN climate summit in Copenhagen, the intense scrutiny placed on the IPCC, and the rather nippy winter experienced across much of the Northern Hemisphere. As is inevitable with an interview appearing in the newspaper, space was at a premium so the quotes used were tightly edited. But, just as I did with my interview with Al Gore last year, I have decided to publish a transcript of his key points here online for anyone interested in hearing in much more detail what Lovelock had to say on some of these controversial and much-discussed topics.Â

Lovelock’s reaction to first reading about the stolen CRU emails [he later clarified that he hadn’t read the originals, saying: “Oddly, I felt reluctant to pry”]:Â

I was utterly disgusted. My second thought was that it was inevitable. It was bound to happen. Science, not so very long ago, pre-1960s, was largely vocational. Back when I was young, I didn’t want to do anything else other than be a scientist. They’re not like that nowadays. They don’t give a damn. They go to these massive, mass-produced universities and churn them out. They say: “Science is a good career. You can get a job for life doing government work.” That’s no way to do science.

I have seen this happen before, of course. We should have been warned by the CFC/ozone affair because the corruption of science in that was so bad that something like 80% of the measurements being made during that time were either faked, or incompetently done.

Fudging the data in any way whatsoever is quite literally a sin against the holy ghost of science. I’m not religious, but I put it that way because I feel so strongly. It’s the one thing you do not ever do. You’ve got to have standards.

You can make mistakes; they’re helpful. In the old days, it was perfectly OK to make a mistake and say so. You often learned from it. Nowadays if you’re dependent on a grant â€“ and 99% of them are â€“ you can’t make mistakes as you won’t get another one if you do. It’s an awful moral climate and it was all set up for the best of reasons. I think it was felt there was far too much inequality in science and there was an enormous redress. Looking around the country [at the wider society] this was good on the whole, but in some special professions you want the best, the elite. Elitism is important in science. It is vital.

Read the rest at the London Guardian.