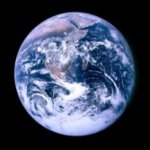 Global warming typically ranks dead last when the Pew Research Center asks voters to list the “top priorities for the president and Congress” each year. Yet the New York Times and other major media strain to keep the global warming movement alive by carefully ignoring global warming “skeptics,” and giving undeserved coverage to a small minority of liberal Republicans who call for carbon dioxide restrictions.

Nevertheless, the New York Times on August 1 found space on its op-ed page for an essay written by four former Republican EPA administrators calling for even more stringent – and costly – carbon dioxide restrictions than those proposed by President Barack Obama earlier this summer.  These elderly statesmen (average age 72.5) were out of step with their party when they served in office, and are definitely out in the cold today.

Read the rest at Forbes