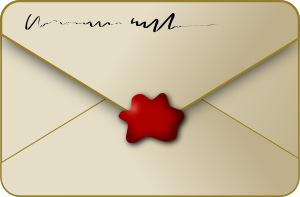 Climate change science is in a period of â€˜negative discoveryâ€™ – the more we learn about this exceptionally complex and rapidly evolving field the more we realize how little we know. Truly, the science is NOT settled.

Therefore, there is no sound reason to impose expensive and restrictive public policy decisions on the peoples of the Earth without first providing convincing evidence that human activities are causing dangerous climate change beyond that resulting from natural causes. Before any precipitate action is taken, we must have solid observational data demonstrating that recent changes in climate differ substantially from changes observed in the past and are well in excess of normal variations caused by solar cycles, ocean currents, changes in the Earth’s orbital parameters and other natural phenomena.

We the undersigned, being qualified in climate-related scientific disciplines, challenge the UNFCCC and supporters of the United Nations Climate Change Conference to produce convincing OBSERVATIONAL EVIDENCE for their claims of dangerous human-caused global warming and other changes in climate. Projections of possible future scenarios from unproven computer models of climate are not acceptable substitutes for real world data obtained through unbiased and rigorous scientific investigation.

Specifically, we challenge supporters of the hypothesis of dangerous human-caused climate change to demonstrate that:

1.Variations in global climate in the last hundred years are significantly outside the natural range experienced in previous centuries;
2.Humanityâ€™s emissions of carbon dioxide and other â€˜greenhouse gasesâ€™ (GHG) are having a dangerous impact on global climate;
3.Computer-based models can meaningfully replicate the impact of all of the natural factors that may significantly influence climate;
4.Sea levels are rising dangerously at a rate that has accelerated with increasing human GHG emissions, thereby threatening small islands and coastal communities;
5.The incidence of malaria is increasing due to recent climate changes;
6.Human society and natural ecosystems cannot adapt to foreseeable climate change as they have done in the past;
7.Worldwide glacier retreat, and sea ice melting in Polar Regions , is unusual and related to increases in human GHG emissions;
8.Polar bears and other Arctic and Antarctic wildlife are unable to adapt to anticipated local climate change effects, independent of the causes of those changes;
9.Hurricanes, other tropical cyclones and associated extreme weather events are increasing in severity and frequency;
10.Data recorded by ground-based stations are a reliable indicator of surface temperature trends.

It is not the responsibility of â€˜climate realistâ€™ scientists to prove that dangerous human-caused climate change is not happening. Rather, it is those who propose that it is, and promote the allocation of massive investments to solve the supposed â€˜problemâ€™, who have the obligation to convincingly demonstrate that recent climate change is not of mostly natural origin and, if we do nothing, catastrophic change will ensue. To date, this they have utterly failed to do so.

10 Responses to Open Letter to Secretary-General of United Nations