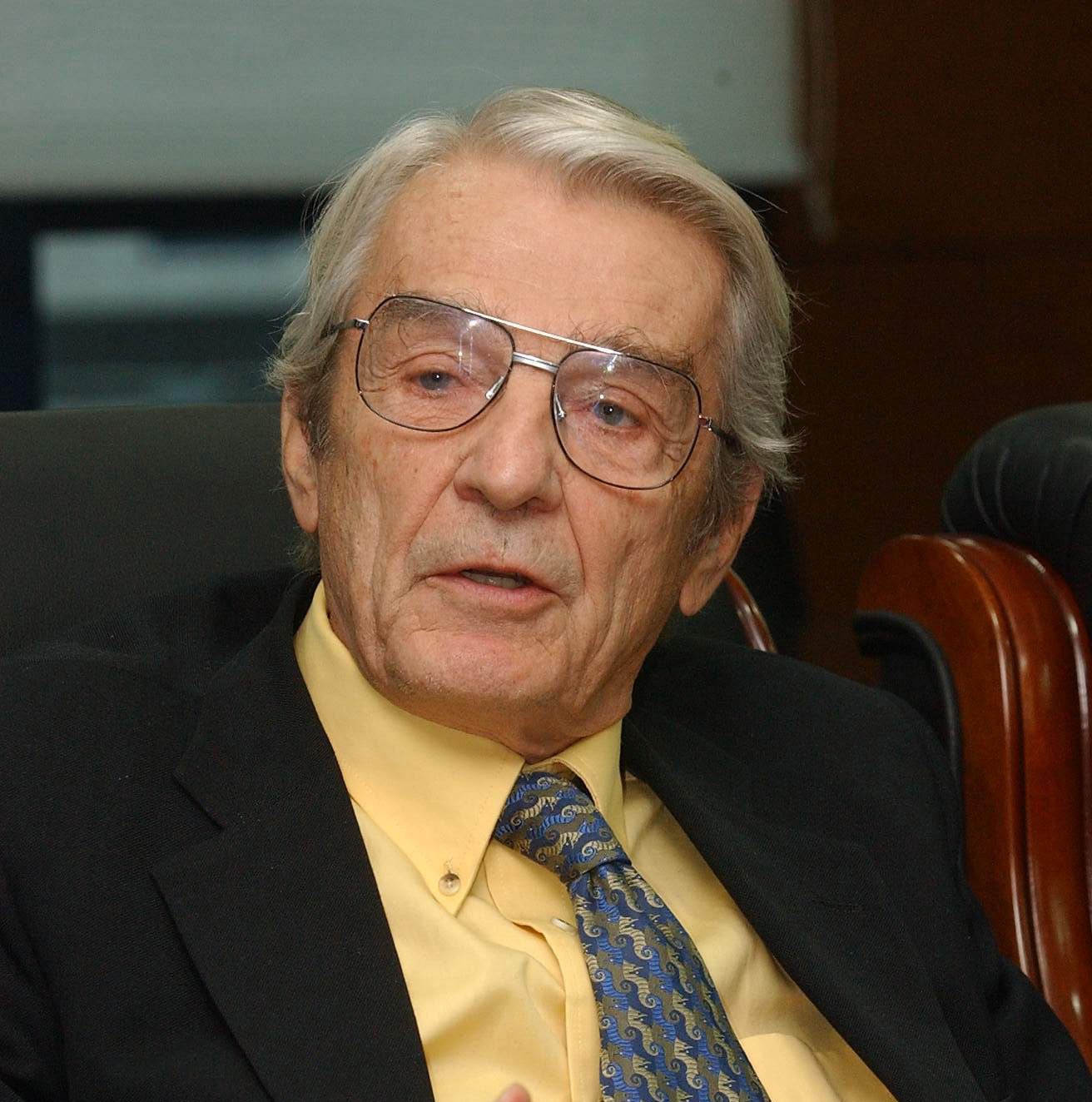 Dr. Ivar Giaever, a Nobel Prize-Winner for physics in 1973, declared his dissent on man-made global warming claims at a Nobel forum on July 1, 2015.

“I would say that basically global warming is a non-problem,” Dr. Giaever announced during his speech titled “Global Warming Revisited.”

Giaever, a former professor at the School of Engineering and School of Science Rensselaer Polytechnic Institute, received the 1973 physics Nobel for his work on quantum tunneling. Giaever delivered his remarks at the 65th Nobel Laureate Conference in Lindau, Germany, which drew 65 recipients of the prize. Giaever is also featured in the new documentary “Climate Hustle”, set for release in Fall 2015.

Giaever was one of President Obama’s key scientific supporters in 2008 when he joined over 70 Nobel Science Laureates in endorsing Obama in an October 29, 2008 open letter. Giaever signed his name to the letter which read in part: “The country urgently needs a visionary leader…We are convinced that Senator Barack Obama is such a leader, and we urge you to join us in supporting him.”

But seven years after signing the letter, Giaever now mocks President Obama for warning that “no challenge poses a greater threat to future generations than climate change”. Giaever called it a “ridiculous statement.”

“That is what he said. That is a ridiculous statement,” Giaever explained.

“How can he say that? I think Obama is a clever person, but he gets bad advice. Global warming is all wet,” he added.

“Obama said last year that 2014 is hottest year ever. But it’s not true. It’s not the hottest,” Giaever noted. [Note: Other scientists have reversed themselves on climate change. See: Politically Left Scientist Dissents – Calls President Obama ‘delusional’ on global warming] 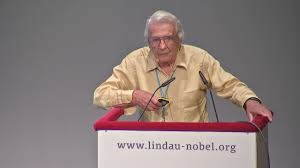 Giaever said his climate research was eye opening. “I was horrified by what I found” after researching the issue in 2012, he noted.

“Global warming really has become a new religion. Because you cannot discuss it. It’s not proper. It is like the Catholic Church.”

“I am worried very much about the [UN] conference in Paris in November. I really worry about that. Because the [2009 UN] conference was in Copenhagen and that almost became a disaster but nothing got decided. But now I think that the people who are alarmist are in a very strong position,” Giaever said.

“The facts are that in the last 100 years we have measured the temperatures it has gone up .8 degrees and everything in the world has gotten better. So how can they say it’s going to get worse when we have the evidence? We live longer, better health, and better everything. But if it goes up another .8 degrees we are going to die I guess,” he noted.

“I would say that the global warming is basically a non-problem. Just leave it alone and it will take care of itself. It is almost very hard for me to understand why almost every government in Europe — except for Polish government — is worried about global warming. It must be politics.”

“So far we have left the world in better shape than when we arrived, and this will continue with one exception — we have to stop wasting huge, I mean huge amounts of money on global warming. We have to do that or that may take us backwards. People think that is sustainable but it is not sustainable.

Giaever noted that global temperatures have halted for the past 18 plus years. [Editor’s Note: Climate Depot is honored that Giaever used an exclusive Climate Depot graph showing the RSS satellite data of an 18 year plus standstill in temperatures at 8:48 min. into video.]

Giaever accused NASA and federal scientists of “fiddling” with temperatures.

“They can fiddle with the data. That is what NASA does.”

“You cannot believe the people — the alarmists — who say CO2 is a terrible thing. Its not true, its absolutely not true,” Giaever continued while showing a slide asking: ‘Do you believe CO2 is a major climate gas?’

Giaever accused Nature Magazine of “wanting to cash in on the [climate] fad.”

“My friends said I should not make fun of Nature because then they won’t publish my papers,” he explained.

“No one mentions how important CO2 is for plant growth. It’s a wonderful thing. Plants are really starving. They don’t talk about how good it is for agriculture that CO2 is increasing,” he added.

“The other thing that amazes me is that when you talk about climate change it is always going to be the worst. It’s got to be better someplace for heaven’s sake. It can’t always be to the worse,” he said.

“Then comes the clincher. If climate change does not scare people we can scare people talking about the extreme weather,” Giaever said.

“If anything we have entered period of low hurricanes. These are the facts,” he continued.

“You don’t’ have to even be a scientist to look at these figures and you understand what it says,” he added.

“Same thing is for tornadoes. We are in a low period on in U.S.” (See: Extreme weather failing to follow ‘global warming’ predictions: Hurricanes, Tornadoes, Droughts, Floods, Wildfires, all see no trend or declining trends)

“What people say is not true. I spoke to a journalist with [German newspaper Die Welt yesterday…and I asked how many articles he published that says global warming is a good thing. He said I probably don’t publish them at all. Its always a negative. Always,” Giever said.

“They say refugees are trying to cross the Mediterranean. These people are not fleeing global warming, they are fleeing poverty,” he noted.

“If you want to help Africa, help them out of poverty, do not try to build solar cells and windmills,” he added.

“Are you wasting money on solar cells and windmills rather than helping people? These people have been misled. It costs money in the end to that. Windmills cost money.”

“Cheap energy is what made us so rich and now suddenly people don’t want it anymore.”

“People say oil companies are the big bad people. I don’t understand why they are worse than the windmill companies. General Electric makes windmills. They don’t tell you that they are not economical because they make money on it. But nobody protests GE, but they protest Exxon who makes oil,” he noted.

Dr. Ivar Giaever resigned as a Fellow from the American Physical Society (APS) on September 13, 2011 in disgust over the group’s promotion of man-made global warming fears.

In addition to Giaever, other prominent scientists have resigned from APS over its stance on man-made global warming. See: Prominent Physicist Hal Lewis Resigns from APS: ‘Climategate was a fraud on a scale I have never seen…Effect on APS position: None. None at all. This is not science’

Giaever has become a vocal dissenter from the alleged “consensus” regarding man-made climate fears. He was featured prominently in the 2009 U.S. Senate Report of (then) Over 700 Dissenting International Scientists from Man-made global warming. Giaever, who is a member of the National Academy of Sciences and won the 1973 Nobel Prize for Physics. (Watch news coverage here.)

Giaever was also one of more than 100 co-signers in a March 30, 2009 letter to President Obama that was critical of his stance on global warming. See: More than 100 scientists rebuke Obama as ‘simply incorrect’ on global warming: ‘We, the undersigned scientists, maintain that the case for alarm regarding climate change is grossly overstated’

Giaever is featured on page 89 of the 321 page of Climate Depot’s more than 1000 dissenting scientist report (updated from U.S. Senate Report). Dr. Giaever was quoted declaring himself a man-made global warming dissenter. “I am a skeptic…Global warming has become a new religion,” Giaever declared. “I am Norwegian, should I really worry about a little bit of warming? I am unfortunately becoming an old man. We have heard many similar warnings about the acid rain 30 years ago and the ozone hole 10 years ago or deforestation but the humanity is still around,” Giaever explained. “Global warming has become a new religion. We frequently hear about the number of scientists who support it. But the number is not important: only whether they are correct is important. We don’t really know what the actual effect on the global temperature is. There are better ways to spend the money,” he concluded.