By Dan McGrath on March 12, 2010 in Mythical Consensus 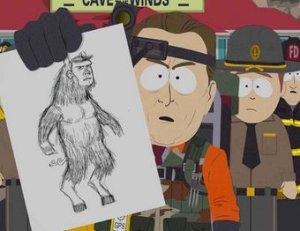 Itâ€™s time to wrap up The Heretics series. We havenâ€™t come close to covering all of the scientists and researchers who question the tenets of global warming alarmism, but the small sampling of prominent skeptics featured on these pages should be enough to make it obvious that significant, sincere and scientifically valid arguments exist that refute the Gorethodoxy of so-called â€œclimate change.â€

In addition to the heretics we have featured, there are legions of others. Atmospheric physicists Fred Singer at the University of Virginia, Richard Lindzen at MIT and legendary meteorologist John Coleman, just to name a few, have been out on the front lines, waging a battle for scientific integrity, for years. The Heartland Institute, a cornucopia of information about global warming, has published the names of hundreds of skeptical scientists. More than thirty thousand scientists, including this one, have lent their names to the Global Warming Petition Project, declaring that they agree with the following statement:

â€œWe urge the United States government to reject the global warming agreement that was written in Kyoto, Japan in December, 1997, and any other similar proposals. The proposed limits on greenhouse gases would harm the environment, hinder the advance of science and technology, and damage the health and welfare of mankind.

There is no convincing scientific evidence that human release of carbon dioxide, methane, or other greenhouse gasses is causing or will, in the foreseeable future, cause catastrophic heating of the Earthâ€™s atmosphere and disruption of the Earthâ€™s climate. Moreover, there is substantial scientific evidence that increases in atmospheric carbon dioxide produce many beneficial effects upon the natural plant and animal environments of the Earth.â€

The myth of scientific consensus on global warming, once so prevalent, has been discredited to the point that only die-hard liberal policy makers still cling to it. About fifty percent of Americans now believes that natural planetary trends are responsible for climate change and public support for greenhouse gas regulation continues to dwindle. The alarmists are scrambling to repackage their message in hopes of rekindling the global warming fire, but they face daunting challenges. One can only cry wolf so many times before people start to tune you out.

When Al Goreâ€™s disciples attempt to discredit skeptics, aka â€œdenialistsâ€ in their world, they usually stick to a couple of themes. The first is to label the individual in question as a corporate stooge, usually with alleged ties to Exxon-Mobil, who has sold out science in exchange for a fat paycheck. The second is to declare that the skeptic is a crackpot who doesnâ€™t really understand the science involved and is simply making wild, unverifiable assertions with no basis in reality. Neither claim can survive close scrutiny.

Read the rest of this piece at FrontPageMag.

See the rest of “The Heretics” series here.

5 Responses to The Heretics: A Legacy of Independence