By Dan McGrath on November 27, 2013 in Mythical Consensus, Polls 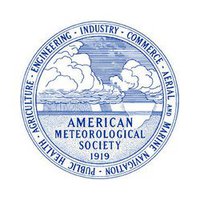 Not all scientists agree that global warming is man-made. Nearly half of meteorologists and atmospheric science experts don’t believe that human activities are the driving force behind global warming, according to a survey by the American Meteorological Society.

The survey of AMS members found that while 52 percent of American Meteorological Society members believe climate change is occurring and mostly human-induced, 48 percent of members do not believe in man-made global warming.

Furthermore, the survey found that scientists who professed “liberal political views” were much more likely to believe in the theory of man-made global warming than those who without liberal views.

“Political ideology was the factor next most strongly associated with meteorologists’ views about global warming. This also goes against the idea of scientists’ opinions being entirely based on objective analysis of the evidence, and concurs with previous studies that have shown scientists’ opinions on topics to vary along with their political orientation,” writes survey author Neil Stenhouse of George Mason University.

Read the rest at the Daily Caller.

View all posts by Dan McGrath →
Global warming professor Kevin Anderson ‘cuts back on washing and showering’ to fight climate change – Admits at UN climate summit: ‘That is why I smell’ – Defends his call for ‘a planned economic recession’
How climate change is helping Al Qaeda