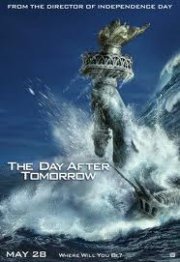 “This was the moment when the rise of the oceans began to slow and our planet began to heal.” – Barack Obama, June 2008

I don’t know about you, but I’m starting to doubt him.

Here’s the latest from the Everybody panic!! file:

Sea levels are rising much faster along the U.S. East Coast than they are around the globe, putting one of the world’s most costly coasts in danger of flooding, government researchers report.

U.S. Geological Survey scientists call the 600-mile (965-kilometer) swath a “hot spot” for climbing sea levels caused by global warming. Along the region, the Atlantic Ocean is rising at an annual rate three times to four times faster than the global average since 1990, according to the study published Sunday in the journal Nature Climate Change.

It’s not just a faster rate, but at a faster pace, like a car on a highway “jamming on the accelerator,” said the study’s lead author, Asbury Sallenger Jr., an oceanographer at the agency. He looked at sea levels starting in 1950, and noticed a change beginning in 1990.

Since then, sea levels have gone up globally about 2 inches (5 centimeters). But in Norfolk, Virginia, where officials are scrambling to fight more frequent flooding, sea level has jumped a total of 4.8 inches (12.19 centimeters), the research showed. For Philadelphia, levels went up 3.7 inches (9.4 centimeters), and in New York City, it was 2.8 inches (7.11 centimeters).

Is Philadelphia next to the Atlantic ocean? If it is these guys probably have a valid concern.

If all the alarmists have been correct for the past few decades, we should be able to buy ocean-front property in Omaha by now.

23 Responses to Latest global warming scare report: If you live on the east coast, put on waders now