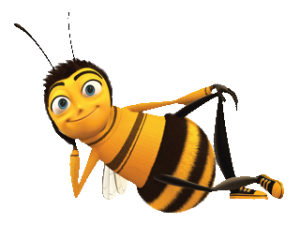 Last week the climate sages of East Anglia released a “scientific study”—I have to put it in quotation marks—that claimed that because of “warming”—see how easily it slips out, now and then?—“male bees are more likely to copulate with female bees, rather than pollinating the orchids.”

Don’t these clowns know anything?

In the first place, “male bees” are more properly called “drones.” Like the climate scientists themselves, drones do no productive work. They never pollinate the flowers. Never. Their sole function is to mate with the queen bee. And then they die.

In the second place, the worker bees that do the pollinating are all female. They do not make whoopee with the drones. That’s because they’re sterile, totally incapable of reproducing. Their only function is to work. Only the queen lays eggs.

These are basic facts about bees that every child used to know, before our public schools were invaded by gender coaches. If the kids didn’t learn these facts in school, they picked them up from Mark Trail comics and Disney nature programs. Everybody knew these things.

So now we should all pay big fat carbon taxes because the “male bees” are partying with the females and none of the bees’ work is getting done? This is statist “science” with a vengeance.

2 Responses to Global Warmism: When All Else Fails, Try Ignorance