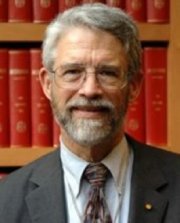 From the administration that brought you “man-caused disaster” and “overseas contingency operation,” another terminology change is in the pipeline.The White House wants the public to start using the term “global climate disruption” in place of “global warming” — fearing the latter term oversimplifies the problem and makes it sound less dangerous than it really is.

White House science adviser John Holdren urged people to start using the phrase during a speech last week in Oslo, echoing a plea he made three years earlier. Holdren said global warming is a “dangerous misnomer” for a problem far more complicated than a rise in temperature.

Read the rest at FoxNews.com