By Dan McGrath on February 9, 2012 in Ice, IPCC, Mythical Consensus 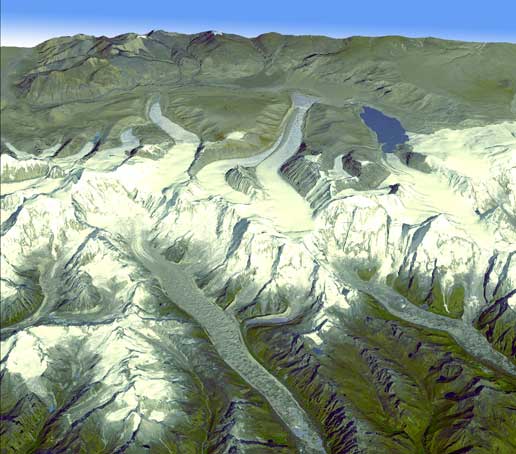 Meltwater from Asia’s peaks is much less than previously estimated, but lead scientist says the loss of ice caps and glaciers around the world remains a serious concern

The world’s greatest snow-capped peaks, which run in a chain from the Himalayas to Tian Shan on the border of China and Kyrgyzstan, have lost no ice over the last decade, new research shows.

The discovery has stunned scientists, who had believed that around 50bn tonnes of meltwater were being shed each year and not being replaced by new snowfall.

The study is the first to survey all the world’s icecaps and glaciers and was made possible by the use of satellite data. Overall, the contribution of melting ice outside the two largest caps – Greenland and Antarctica – is much less than previously estimated, with the lack of ice loss in the Himalayas and the other high peaks of Asia responsible for most of the discrepancy.

Read the rest at the UK’s Guardian.

Writer, Activist, Pilot, Communications Expert, Jack of all Trades. Websites: https://www.DanMcGrath.net | https://www.DanandTina.net
View all posts by Dan McGrath →
Forget global warming – it's Cycle 25 we need to worry about (and if NASA scientists are right the Thames will be freezing over again)
Body Blow To German Global Warming Movement! Major Media Outlets Unload On “CO2 Lies!”

24 Responses to The Himalayas and Nearby Peaks have Lost No Ice in Past 10 Years, Study Shows