By ManBearPigHunter on October 26, 2009 in Farming 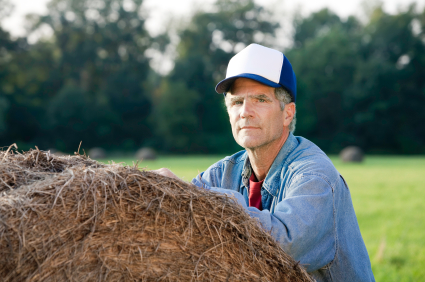 Tracy Taylor Grondine, director of media relations for the American Farm Bureau Federation, strongly disagrees with Waxman-Markey supporters who cite a Congressional Budget Office report asserting the bill would cost the average U.S. household merely $175 per year in the year 2020.

â€œMost media outlets are only focused on the front-end effects of the climate bill,â€ Grondine explained. â€œIn 2020, carbon reductions will only be starting and the industry will be receiving significant carbon credit giveaways. But by 2050, the 17 percent cut in agriculture emissions from 2005 levels is estimated to rise to 82 percent, and there will be no more credit giveaways. So, by 2050 that 5 percent hit will grow to something more like a 15 percent reduction in farm income.â€

Adam Basford, national affairs coordinator for the Florida Farm Bureau Federation, agrees the costs down the road will be much higher. â€œAccording to the EPA, the legislation would cost farmers $5 billion [initially] and by 2050 the cost would rise to $13 billion,â€ he said.

â€œWe canâ€™t just highlight costs in the first 10 years. We must look further down the road to how this legislation will impact American households, farms, and ranches and the overall U.S. economy,â€ Grondine said.

Raising consumer prices is actually the point of the bill, says Basford.

â€œThe very essence of cap-and-trade is to increase prices so much that consumption, and therefore emissions, are reduced,â€ Basford explained. â€œFarm Bureau has continually said that any cap-and-trade legislation must make economic sense for agriculture. It must be structured in a way that the costs do not outweigh the benefits for family farms, rural communities, and the overall economy.

Grondine said, â€œFarmers want to be a part of the climate change solution, but such a solution should not jeopardize their economic sustainability in the process, nor should it pave the way for additional economic burdens on American families.â€