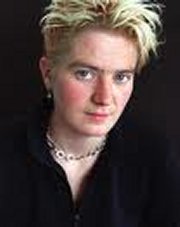 Well 10:10.org apparently is not only embarrassed about their bloody schoolroom splatter flick, but also by the first “apology” they issued for it, as it’s been removed from their Website. “Oh well, live and learn” has been replaced by something a little more serious (which was posted on Monday — for a while both “apologies” were online simultaneously).

The first “sorry” certainly had an “Age of Stupid” tone about it, which is the title of high-flying Franny Armstrong‘s aviation-causes-global-warming crockumentary from last year. 10:10’s Franny helped make the Splattergate video as well, which she was extremely giddy about as Friday’s release date approached.

Writer, Activist, Pilot, Communications Expert, Jack of all Trades. Websites: https://www.DanMcGrath.net | https://www.DanandTina.net
View all posts by Dan McGrath →
Global Cooling and the New World Order
No Consensus Among Climate Scientists After All