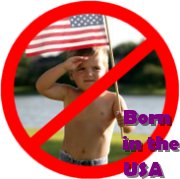 Some people who are serious about wanting to reduce their “carbon footprint” on the Earth have one choice available to them that may yield a large long-term benefit – have one less child.

A recent study by statisticians at Oregon State University concluded that in the United States, the carbon legacy and greenhouse gas impact of an extra child is almost 20 times more important than some of the other environmentally sensitive practices people might employ their entire lives – things like driving a high mileage car, recycling, or using energy-efficient appliances and light bulbs.

“In discussions about climate change, we tend to focus on the carbon emissions of an individual over his or her lifetime,” said Paul Murtaugh, an OSU professor of statistics. “Those are important issues and it’s essential that they should be considered. But an added challenge facing us is continuing population growth and increasing global consumption of resources.”

In this debate, very little attention has been given to the overwhelming importance of reproductive choice, Murtaugh said. When an individual produces a child – and that child potentially produces more descendants in the future – the effect on the environment can be many times the impact produced by a person during their lifetime.

Under current conditions in the U.S., for instance, each child ultimately adds about 9,441 metric tons of carbon dioxide to the carbon legacy of an average parent – about 5.7 times the lifetime emissions for which, on average, a person is responsible.