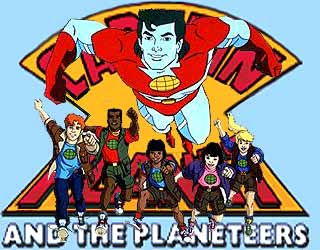 Captain Planet and the Planeteers

By Pete Chagnon and Jody Brown

President-elect Obama has chosen Steven Chu as energy secretary, Lisa Jackson as Environmental Protection Agency administrator, and Carol Browner (formerly EPA administrator under Bill Clinton for seven years) as his energy and climate czar. But while the mainstream media and Obama supporters are applauding the picks, at least one critic suggests those offering the accolades are not fully informed.
Â
According to Iain Murray, a CEI senior fellow in energy, science, and technology, “the people who don’t really care about the economic effects of their policies” are the one singing the praises of Obama’s choices to head up his energy program. Murray is author of The Really Inconvenient Truths — a critical look at global warming.
Â
Murray tells Fox News that by picking more former Clinton appointees, Obama has undercut his promise to bring a new voice to the debate on environmental issues. “This is the sort of thing that indicates that Obama is going to be very, very much a part of the environmentalist establishment,” he stated.
Â
In addition, Myron Ebell, director of energy and global warming policy at CEI, points out that all the appointees are dedicated environmentalists. “They are all committed, I believe, to what president-elect Obama says is his agenda, which is to spend an awful lot of taxpayer money on creating so-called ‘green jobs,'” says Ebell.

Read the rest of this article at OneNewsNow.

Writer, Activist, Pilot, Communications Expert, Jack of all Trades. Websites: https://www.DanMcGrath.net | https://www.DanandTina.net
View all posts by Dan McGrath →
Business Organizations Oppose Cap-and-Trade System in Minnesota
Are You Sure You Want to Secretary of the Interior, Senator Salazar?

7 Responses to Obama's Energy Team has its Own 'Inconvenient Truths'