By Dan McGrath on December 3, 2009 in Corruption, Economics, Junk Science 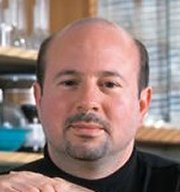 Since watching the Climategate scandal explode a week before Thanksgiving, debris from the mushroom cloud has rained upon the earth, and there are hints that some folks (other than me and my fellow climate realists) are getting curious about how the alarmists are funded. It used to be the narrative of the formerly mainstream media, when they deemed it worthy to include perspective from the “skeptic” side, always came with a “financed by Big Oil” disclaimer — whether it was true or not. Meanwhile the warmists’ financial gain from the game was irrelevant in the media’s eyes.

It’s been widely reported in the blogosphere about the millions of dollars in grants that East Anglia CRUnit director Phil Jones collected for his climate modeling, but so far I haven’t seen much detail about his fellow email correspondents. What about ’em?

Inarguably the next-largest culprit is Michael Mann, Mr. Nature Trick, who is not to be confused with the Nature Boy or the other “Heat”-making Mann. He has had his grants available for public viewing for a while, so I’m surprised I’ve not seen those spread around the ‘Net. They are right there listed in his curriculum vitae.

Read the rest of this article at the American Spectator.