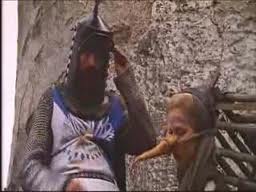 DURBAN, South Africa – The South African media and government leaders are borrowing a page from medieval witchcraft when it comes to the science of man-made global warming.

South African President Jacob Zuma literally believes that mankind has caused every storm and that regulatory actions of the UN can prevent bad weather.

“We have experienced unusual and severe flooding in coastal areas in recent times, impacting on people directly as they lose their homes, jobs and livelihoods. Given the urgency, states, parties should strive to find solutions here in Durban,” Zuma said according to an article in the South Africa’s Independent newspaper on December 4.

Make no mistake, President Zuma is claiming that the UN can somehow “find solutions” to flooding in South Africa. The belief that mankind can control the weather is not new. See: ‘Witches,Warlocks and Weather’: ‘In medieval times superstition blamed witches for weather disasters and crop failures…lower temps caused a statistical increase in witch trials’ — Medieval Pope’s version of today’s UN IPCC report: ‘Therefore it is reasonable to conclude that, just as easily as they (witches) raise hailstorms, so can they cause lightning and storms at sea; and so no doubt at all remains on these points’
The Aztecs in 1450, also thought they could end drought by appeasing angry Gods and slaughtering thousands of people. See: Have we advanced? ‘Aztec priests encouraged people to sacrifice blood to the gods’ to end severe drought in 1450 – ‘Sacrificed thousands of people in a few weeks’

35 Responses to UN Urged To Control the Weather! Leaders call on UN to 'find solutions' to extreme weather or 'life as we know it will come to an end'