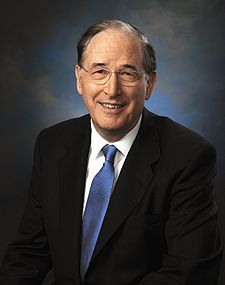 Sen. John D. Rockefeller (D-WVa.) will introduce legislation Thursday to impose a two-year moratorium on the Environmental Protection Agency’s ability to regulate greenhouse gases from power plants and other stationary emitters, a move that could undermine the Obama administration’s plan to pursue a cap on carbon emissions in the face of congressional opposition.

Rockefeller’s bill, one of several recent congressional efforts to curb the EPA’s authority to address climate change under the Clean Air Act, highlights the resistance the administration will face if it attempts to limit carbon dioxide through regulation. Obama and his top deputies have repeatedly said they would prefer for Congress to set mandatory, nationwide limits on greenhouse gas emissions, but the EPA is moving ahead with plans to do so if legislation fails to pass this year.

“Today, we took important action to safeguard jobs, the coal industry, and the entire economy as we move toward clean coal technology,” Rockefeller said. “This legislation will issue a two-year suspension on EPA regulation of greenhouse gases from stationary sources–giving Congress the time it needs to address an issue as complicated and expansive as our energy future. Congress, not the EPA, must be the ideal decision-maker on such a challenging issue.”

Republicans, too, have repeatedly tried to rein in the EPA’s climate authority–Sen. Lisa Murkowski (R-Alaska) has introduced a resolution of disapproval that would overturn the agency’s scientific finding that greenhouse gases endanger public health and welfare, and House Republicans introduced their own version of the resolution this week. But Rockefeller’s effort is especially significant because it points to growing unease among Democrats over the prospect of the administration tackling climate change without explicit congressional approval.

42 Responses to Rockefeller Pushes to Rein In EPA