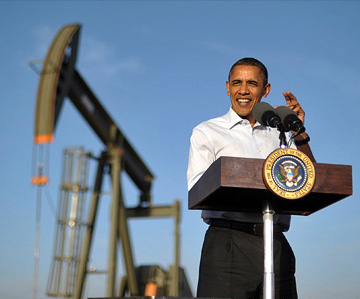 The Obama administration is unveiling a new regulatory agenda Monday that touts cuts to carbon dioxide emissions from power plants, all in an effort to show the U.S. is ready to “lead on climate action.” The announcement comes with less than five months until the United Nations climate summit in Paris this year.

But the main thrust of the EPA’s CO2 plan is to show other countries that the U.S. is serious about reducing emissions 26 to 28 percent below 2005 levels by 2025 — Obama promised to make these cuts alongside China’s premier last year. The EPA’s own fact sheet says “the release of the Clean Power Plan continues momentum towards international climate talks in Paris in December.”

“It’s time for America and the world to act on climate change,” Obama said in a video released Sunday announcing the Clean Power Plan.