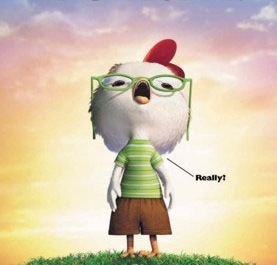 The latest United Nations climate report is sounding the alarm on man-made global warming, saying that fossil fuels needed to be eliminated from the energy supply in the coming decades to avoid catastrophe.

“Continued emission of greenhouse gases will cause further warming and long-lasting changes in all components of the climate system, increasing the likelihood of severe, pervasive and irreversible impacts for people and ecosystems,” reads the UN Intergovernmental Panel on Climate Change’s latest report.

“Decarbonizing… electricity generation is a key component of cost-effective mitigation strategies in achieving low stabilization levels,” the IPCC noted, adding that green energy needed to make up 80 percent of the world’s energy supply by 2050 and 90 percent by 2100 in order to kep temperatures from rising 2 degrees Celsius above pre-industrial times.

Despite the stark warning from the IPCC, some scientists have said the warning is not dire enough. The Washington Post’s Chris Mooney reported last week about scientists who thought the IPCC’s global warming predictions were too cautious. These scientists argue that the IPCC process can “lead to downplaying the full ranges of future scenarios.”

But while some scientists are saying the IPCC isn’t alarmist enough in its reporting on global warming, others argue that the UN climate bureaucracy is too alarmist in its predictions.

“The IPCC should be lowering their estimates of future impacts, most definitely not raising them,” Cato Institute scientist Chip Knappenberger told The Daily Caller News Foundation. “There is a major flaw in the IPCC [fifth assessment] (and all previous reports as well) in that the climate models that are used to produce all the scary climate projections are very likely, collectively, too sensitive to the buildup of atmospheric carbon dioxide.”

“Only desperate climate alarmists would have the gall to suggest the IPCC produces ‘conservative’ estimates of climate change in light of a growing mountain of evidence that the IPCC actually exaggerates potential climate change,” echoed Pat Michaels, director of Cato’s Center for the Study of Science.

“Sometimes, the smartest thing a forecaster can do is look out the window,” Michaels said. “Obviously, way too much warming has been and is being predicted.”

The IPCC has actually overestimated warming since 1950, according to Michaels. “It turns out that the average warming trend predicted for every period of record [1950-2013, 1951-2013, 1952 and others] are greater than what has been observed,” he said.

23 Responses to IPPC Once Again Claims 'The Sky Is Falling'