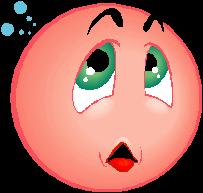 More embarrassments for the U.N. and ‘settled’ science

It has been a badâ€”make that dreadfulâ€”few weeks for what used to be called the “settled science” of global warming, and especially for the U.N. Intergovernmental Panel on Climate Change that is supposed to be its gold standard.

First it turns out that the Himalayan glaciers are not going to melt anytime soon, notwithstanding dire U.N. predictions. Next came news that an IPCC claim that global warming could destroy 40% of the Amazon was based on a report by an environmental pressure group. Other IPCC sources of scholarly note have included a mountaineering magazine and a student paper.

Since the climategate email story broke in November, the standard defense is that while the scandal may have revealed some all-too-human behavior by a handful of leading climatologists, it made no difference to the underlying science. We think the science is still disputable. But there’s no doubt that climategate has spurred at least some reporters to scrutinize the IPCC’s headline-grabbing claims in a way they had rarely done previously.

Read the rest of this piece at Wall Street Journal.

13 Responses to The Continuing Climate Meltdown