By Dan McGrath on January 21, 2010 in ClimateGate, Junk Science 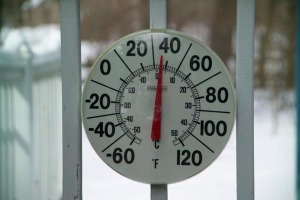 Call it the mystery of the missing thermometers.

Two months after “climategate” cast doubt on some of the science behind global warming, new questions are being raised about the reliability of a key temperature database, used by the United Nations and climate change scientists as proof of recent planetary warming.

Two American researchers allege that U.S. government scientists have skewed global temperature trends by ignoring readings from thousands of local weather stations around the world, particularly those in colder altitudes and more northerly latitudes, such as Canada.

Worse, only one station — at Eureka on Ellesmere Island — is now used by NOAA as a temperature gauge for all Canadian territory above the Arctic Circle.

The Canadian government, meanwhile, operates 1,400 surface weather stations across the country, and more than 100 above the Arctic Circle, according to Environment Canada.

Yet as American researchers Joseph D’Aleo, a meteorologist, and E. Michael Smith, a computer programmer, point out in a study published on the website of the Science and Public Policy Institute, NOAA uses “just one thermometer [for measuring] everything north of latitude 65 degrees.”

Both the authors, and the institute, are well-known in climate-change circles for their skepticism about the threat of global warming.

Mr. D’Aleo and Mr. Smith say NOAA and another U.S. agency, the NASA Goddard Institute for Space Studies (GISS) have not only reduced the total number of Canadian weather stations in the database, but have “cherry picked” the ones that remain by choosing sites in relatively warmer places, including more southerly locations, or sites closer to airports, cities or the sea — which has a warming effect on winter weather.

Over the past two decades, they say, “the percentage of [Canadian] stations in the lower elevations tripled and those at higher elevations, above 300 feet, were reduced in half.”

Using the agency’s own figures, Smith shows that in 1991, almost a quarter of NOAA’s Canadian temperature data came from stations in the high Arctic. The same region contributes only 3% of the Canadian data today.

Mr. D’Aleo and Mr. Smith say NOAA and GISS also ignore data from numerous weather stations in other parts of the world, including Russia, the U.S. and China.

They say NOAA collects no temperature data at all from Bolivia — a high-altitude, landlocked country — but instead “interpolates” or assigns temperature values for that country based on data from “nearby” temperature stations located at lower elevations in Peru, or in the Amazon basin.

The result, they say, is a warmer-than-truthful global temperature record.

“NOAA . . . systematically eliminated 75% of the world’s stations with a clear bias towards removing higher latitude, high altitude and rural locations, all of which had a tendency to be cooler,” the authors say. “The thermometers in a sense, marched towards the tropics, the sea, and to airport tarmacs.”

Read the rest of this article at National Post.