By Dan McGrath on September 15, 2011 in ClimateGate, IPCC, Michael Mann 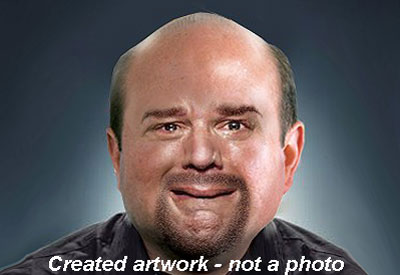 Dr. Michael Mann seeks the help of other Climategate players to prevent access to his University of Virginia emails.

Dr. Michael Mann, who under a lesser title at University of Virginia created the famed “hockey stick” chart of 20th-century temperature escalations while leveling the Medieval Warm Period, has enlisted a Climategate Cavalcade of Stars to help him enter as an interested party in a lawsuit in which my organization, American Tradition Institute, seeks to get his old UVA emails and data.

Early this month Mann, who is now at Pennsylvania State University, had his lawyers ask for permission to intervene in ATI’s Freedom of Information Act lawsuit against UVA. Our request seeks correspondence between Mann and 30-plus other global warming activist scientists who form much of the cabal that created the various predictive reports of the UN Intergovernmental Panel on Climate Change.

The university, buttressed by the urgings of groups including ACLU, People for the American Way, Union of Concerned Scientists, and American Association of University Professors, is withholding the meaningful documents ATI seeks. Mann himself said the few thousand documents UVA turned over so far were, more or less, meaningless “boilerplate.” ATI lawyers David Schnare and Chris Horner (also an AmSpec contributor), under a court-order, will be allowed to identify some of theÂ remaining emails the university believes should be kept from public view so as to reduce the number the judge will have to examine, and then ATI and UVA will argue which ones should be disclosed in a court hearing this fall. Dr. Schnare and Mr. Horner are under clear orders that whatever they see they must forever keep confidential unless the court later orders those emails released.

In his attempt to intervene, Mann has called upon friends in academe to bolster his claim that, despite using a taxpayer-funded email system at UVA, that he has the right to prevent the public from seeing what he says are “private” emails. The concept that government-owned, or “public,” does not mean “private” is inconceivable to him (see Exhibit 2, here).