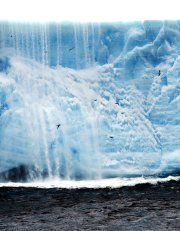 One of the most impressive visuals in Al Gore’s now famous slide show on global warming is a graph known as the “hockey stick.” It shows temperatures in the Northern Hemisphere rising slowly for most of the last thousand years and turning steeply upward in the last half of the 20th century. As evidence of the alarming rate of global warming, it tells a simple and compelling story. That’s one reason the U.N.’s Intergovernmental Panel on Climate Change included the graph in the summary of its 2001 report. But is it true?

The question occurred to Steven McIntyre when he opened his newspaper one morning in 2002 and there it wasâ€”the hockey stick. It was published with an article on the debate over whether Canada should ratify the Kyoto agreement to curb greenhouse-gas emissions. McIntyre had little knowledge of the intricate science of climate change; he didn’t even have a Ph.D. He did have a passion for numbers, however. He also had some experience in the minerals business, where, he says, people tend to use hockey-stick graphs when they are trying to pull one over on you. “Reality usually isn’t so tidy.”

As every climate scientist must know by now, McIntyre’s skepticism of the hockey stick launched him on a midlife career change: he has become the granddaddy of the global warming “denial” movement. McIntyre asserted that the data of Michael Mann, head of Penn State’s Earth System Science Center, did not support his conclusions, and that a true graph of temperatures would suggest a cyclical cause of recent warming. Following in his footsteps, a cottage industry of amateur climatologists have dug into the climate literature, tried to poke holes in the arguments, and demanded supporting data from scientists, sometimes under the auspices of Freedom of Information Act requests.

The scientists have resisted these efforts just as fiercely. For the past six years the conflict has played out in blogs, in the halls of Congress, and in deliberations of the IPCC. It came to a crescendo with the theft of private e-mails from the University of East Anglia in England in November, which raised questions about the scientific objectivity of several prominent researchers, including Phil Jones, who resigned in December as head of the Climatic Research Unit.

The battle between “alarmists” and “deniers” has taken a huge toll, not just on the reputations of Jones and the other “climategate” scientists. It has also damaged the credibility of climate science itself, and threatened more than a decade of diplomatic efforts to engineer a global reduction in greenhouse-gas emissions. The effort, which has kept a forward momentum since the Kyoto meeting in 1997, came to a cold stop in Copenhagen in December. The conference was originally intended to bring the U.S. and China into a global agreement, but produced nothing of substance. Indeed, the climate project bears a striking resemblance to health-care reform in the United Statesâ€”stalled by a combination of political resistance and hubris.

What went wrong? Part of the blame lies, of course, with those who obstructed the efforts of the IPCC and the individual scientists, including bloggers who tried to sandbag scientists with spurious FOIA requests, and the perpetrators (as yet unknown) of the hack at the Climatic Research Unit. Part of the blame also falls on the climate scientists themselves. Many of themâ€”including perhaps Rajendra Pachauri, the IPCC headâ€”may have stepped too far over the line from science to advocacy, undermining their own credibility. Some scientists, as a result, are now calling for a change in tone from antagonism to reconciliation. Climate science, they say, needs to open its books and be more tolerant of scrutiny from the outside. Its institutionsâ€”notably the IPCCâ€”need to go about their business with greater transparency. “The circle-the-wagons mentality has backfired,” says Judith Curry, head of Georgia Tech’s School of Earth and Atmospheric Sciences.

The first thing to fix is the institution that has borne the brunt of the recent public-relations disaster: the IPCC itself. Recently there have been several minor revelations of sloppiness. A line in the group’s 2007 report stating that glaciers in the Himalayas will melt entirely by 2035 turns out to have come not from the peer-reviewed literature, but from a 1999 article in New Scientist, a popular magazine in the U.K. More damaging, IPCC chairman Pachauri has been acting as a consultant to financial institutions, including Deutsche Bank and Pegasus, an investment firm. Although he says he has donated the proceeds to the nonprofit organization he founded in Delhi to promote charitable programs in sustainability, many people have wondered whether the head of a scientific organization that calls itself “policy neutral” should be consulting with banks. Some have called for his resignation.

Read the rest of this story at Newsweek.

55 Responses to Iceberg Ahead