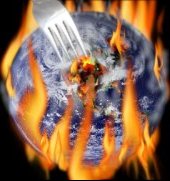 About a year ago, almost to the day, in this column, you may recall a bold prediction, fearlessly made. But lest you don’t, which is highly likely, since most of us wouldn’t remember a Higgs bison if we saw one in a game park, here it is again, much as it appeared 12 months ago:

If you’re worried about all the things you have to worry about, cheer up. Here’s one thing you won’t have to worry about any more. Global warming (remember, this was a prediction) will be the Great Disappearing Act of 2011. It will sink like a stone, exit stage left and generally melt away. Whoopee!

Inspired by the sneaky leaking of all those dodgy East Anglian emails – proof positive of scientific fraud, collusion and deceit – the prediction relied on one basic assumption.

Journalists never admit they’re wrong (see phone hacking). They just stop being wrong. When caught with their sceptical pants down and the spotty globes of their credulity exposed, they simply drop the story and move to something else.

Which is precisely what’s happened. Global warming has left the building.

Where once there were hundreds of horror stories, a daily dose of frightening features, a nightly stack of belching chimneys on the telly (mainly belching steam, in truth, but they still looked really scary) we’ve now got, well, (nervous cough, awkward shuffle) ummm, sweet Fanny Adams, to be frank. There has been a trickle of terror but, by and large, the whole calamitous narrative is a goneburger.

The end isn’t nigh (or nowhere near as nigh as it was). Doomsday’s stuck in the waiting room, reading an old copy of National Geographic and the Four Horsemen of the Apocalypse are back in the barracks.

Read the rest at the New Zealand Herald.