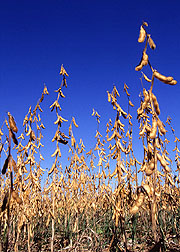 As the man-made global warming fear movement collapses and the climate establishment lay in a Climategate ridden tatters, many are asking what next? (For latest on climate movement’s demise go to www.ClimateDepot.com)

As man-made global warming fears enter the ashbin of history, what will environmentalists, UN activists and politicians do to fill the void of a failed eco-scare?

Some forward thinking green activists and even the UN climate Chief have already taken up the task of test-marketing the next eco-scares to replace man-made global warming.

One of the most prominent eco-scares now being quietly promoted behind man-made climate fears is the allegedly “growing” nitrous oxide (a.k.a. “laughing gas”) threat to the planet. See: Time for next eco-scare already?! ‘Earth’s growing nitrogen threat’: ‘It helps feed a hungry world, but it’s worse than CO2’ The Christian Science Monitor – January 12, 2010 – Excerpt: Nitrous oxide is nearly 300 times as potent as carbon dioxide â€“ considered the leading cause of climate change â€“ and the third most threatening greenhouse gas overall.

As man-made climate fears subside and the scientific, economic, cultural and political case evaporates for climate change “action,” expect more and more green activists to take up the mantle for “laughing gas” as a possible replacement eco-scare.

See also: Laughing Gas Knocks Out CO2 – By Doug Hoffman – Oct. 30, 2009 – Excerpt: “In the face of ever mounting evidence that CO2 is incapable of causing the level of global devastation prophesied by climate change catastrophists a new villain is being sought. The leading candidate is nitrous oxide (N2O), better known as laughing gas. A report in Science claims that N2O emissions are currently the single most important cause of ozone depletion and are expected to remain so throughout the 21st century. The IPCC rates N2O as 310 times as potent a greenhouse gas as CO2 on a 100 year time scale. Is this a greenhouse gas bait and switch, or are the global warming alarmists trying to up the ante.”

Still can’t picture former Vice President Al Gore touting the “laughing gas” crisis as the “moral” challenge of our time in a Oscar-winning documentary? Not to worry, there are many more eco-scares currently being test-marketed.

Gore’s own producer of “An Inconvenient Truth” — Hollywood eco-activist Laurie David — is already test-marketing another eco-scare with potential promise.

“One Word: Plastics.” Yes, just 43 years after the 1967 film “The Graduate”, “plastics” just may be the future!
See: AGW RIP? Is It Time for Next Eco-Scare Already? Gore’s producer Laure David touts plastic crisis: ‘Plastic waste is in some ways more alarming for us humans than global warming’ – July 31, 2009

“The rapid rise in global plastic production is leading to a rise in plastic pollution and its devastating effects on our oceans and our lives.,” Laurie David wrote on July 31, 2009. Selected Excerpts From David’s blog post: “This insidious invasion of the biosphere by our plastic waste is in some ways more alarming for us humans than global warming. Our bodies have evolved to handle carbon dioxide, the nemesis of global warming, indeed, we exhale it with every breath. Plastic, though present in the biosphere from the nano scale on up, is too stable a molecule for any organism to fully assimilate or biodegrade. So we have a situation in which a vector for a suite of devastating chemicals, chemicals implicated in many modern diseases, is now invading the ocean, our bodies and indeed, the entire biosphere. The prognosis for improvement in this situation is grim.”

Still not convinced of either “laughing gas” or “plastics” as the next dominant eco-scare? Don’t worry, we are just getting started.

Just how widespread is the test marketing of a new eco-scare to replace the flailing global warming movement?

It now has the attention of the beleaguered head of the UN Intergovernmental Panel on Climate Change (IPCC) Rajendra Pachauri.

In a remarkable posting on his personal blog, Pachauri openly admitted that man-made global warming was not even the biggest eco-issue! See: Et tu? Head of UN IPCC Pachauri Now throwing global warming under the bus?! There is a ‘larger problem’ than climate fears?! – November 23, 2009

Read the rest of this story at Climate Depot.

15 Responses to Time for Next Eco-Scare Already?!