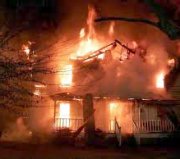 More than 20,000 people were expelled from their homes.

According to the company’s proposal to join a United Nations clean-air program, the settlers living in this area left in a “peaceful” and “voluntary” manner.People here remember it quite differently.

“I heard people being beaten, so I ran outside,” said Emmanuel Cyicyima, 33. “The houses were being burnt down.”

Other villagers described gun-toting soldiers and an 8-year-old child burning to death when his home was set ablaze by security officers.

“They said if we hesitated they would shoot us,” said William Bakeshisha, adding that he hid in his coffee plantation, watching his house burn down. “Smoke and fire.”

According to a report released by the aid group Oxfam on Wednesday, more than 20,000 people say they were evicted from their homes here in recent years to make way for a tree plantation run by a British forestry company, emblematic of a global scramble for arable land.

“Too many investments have resulted in dispossession, deception, violation of human rights and destruction of livelihoods,” Oxfam said in the report. “This interest in land is not something that will pass.” As population and urbanization soar, it added, “whatever land there is will surely be prized.”

Across Africa, some of the world’s poorest people have been thrown off land to make way for foreign investors, often uprooting local farmers so that food can be grown on a commercial scale and shipped to richer countries overseas.

But in this case, the government and the company said the settlers were illegal and evicted for a good cause: to protect the environment and help fight global warming.

Read the rest at the New York Times.

36 Responses to In Scramble for Land, Group Says, Company Pushed Ugandans Out