By Dan McGrath on November 4, 2010 in Cap and Trade, CO2, Copenhagen Treaty, IPCC 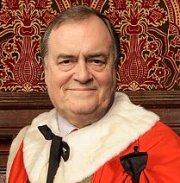 Barack Obama’s setback in the US mid-term elections has killed of any hope of securing a legally binding global climate change deal, John Prescott has said

From the London Telegraph

Negotiators should ditch hopes of enforcable targets on emmissions reductions and push instead for a voluntary framework at the upcoming Cancun summit, the former deputy prime minister said.

After President Barack Obama’s ”shellacking” at the hands of Republican opponents in mid-term elections, there was no prospect of the US Congress approving legal requirements to cut greenhouse gas emissions, said Lord Prescott, who was a key UK negotiator at the Kyoto global warming conference in 1997.

Read the rest at The London Telegraph.