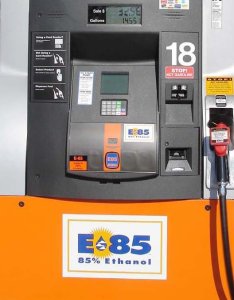 90 top global warming scientists have turned their sights on the biomass energy industry, until recently seen as allies, warning that biofuels sometimes increases rather than decreases greenhouse gas emissions.

“There may be a public perception that all biofuels and bioenergy are equally good for the environment and are all lower in carbon emissions than fossil fuels, but that’s not true,” said one of the signatories, Dr. William Schlesinger of the Cary Institute of Ecosystem Studies in a press release yesterday aimed at the U.S. Congress. “Many produce just as much or more carbon pollution than oil, gas, and coal. If our laws and regulations treat high-carbon-impact bioenergy sources, like today’s corn ethanol, as if they are low-carbon, we’re fooling ourselves and undercutting the purpose of those same laws and regulations.”

That ethanol in your gas tank, the climate change scientists are telling us, could be bringing us closer to Armageddon by undercutting their efforts at saving the world. “Many international treaties and domestic laws and bills account for bioenergy incorrectly by treating all bioenergy as causing a 100% reduction in emissions regardless of the source of the biomass,” the scientists explain.”Under some scenarios, this approach could eliminate most of the expected greenhouse gas reductions during the next several decades.”

Read the rest of this story at Financial Post.