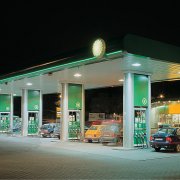 By Stephen Power And Ben Casselman

Three big companies quit an influential lobbying group that had focused on shaping climate-change legislation, in the latest sign that support for an ambitious bill is melting away.

Oil giants BP PLC and ConocoPhillips and heavy-equipment maker Caterpillar Inc. said Tuesday they won’t renew their membership in the three-year-old U.S. Climate Action Partnership, a broad business-environmental coalition that had been instrumental in building support in Washington for capping emissions of greenhouse gases.

The move comes as debate over climate change intensifies and concerns mount about the cost of capping greenhouse-gas emissions.

On a range of issues, from climate change to health care, skepticism is growing in Washington that Congress will pass any major legislation in a contentious election year in which Republicans are expected to gain seats. For companies, the shifting winds have reduced pressure to find common ground, leading them to pursue their own, sometimes conflicting interests.

Last week, the head of the Pharmaceutical Research and Manufacturers of America, Billy Tauzin, said he would step down as president of the industry’s main lobby in Washington, amid criticism from some in the industry over the alliance he made last year with the White House to support health-care legislation.

The administration had worked hard to persuade industry groups to climb aboard its major legislative initiativesâ€”a tack many business interests saw as sensible following the Democrats’ big gains in the 2008 elections. But “unlikely bedfellows make for breakups,” said Kevin Book, managing director of Clearview Energy Partners, a consulting firm.

Spokesmen for ConocoPhillips and BP said the companies still support legislation to reduce greenhouse-gas emissions, but believe they can accomplish more working outside USCAP’s umbrella. Caterpillar said it plans to focus on commercializing green technologies.

ConocoPhillips’s senior vice president for government affairs, Red Cavaney, said the USCAP was focused on getting a climate-change bill passed, whereas Conoco is increasingly concerned with what the details of such a bill would be.

“USCAP was starting to do more and more on trying to get a bill out without trying to work as much on the substance of it,” Mr. Cavaney said.

A spokesman for USCAP said it intends to continue its work. More than 20 other large companies, including oil company Royal Dutch Shell PLC and industrial heavyweights General Electric Co. and Honeywell International Inc., remain in the coalition with environmental groups such as the Environmental Defense Fund and Natural Resources Defense Council. The USCAP said it expects to add new members in coming months.

“We think there’s momentum to get [a climate bill] done,” USCAP spokesman Tad Segal said. “President [Barack] Obama’s State of the Union address made it clear the administration is behind us.”

Read the rest of this article at Wall Street Journal.