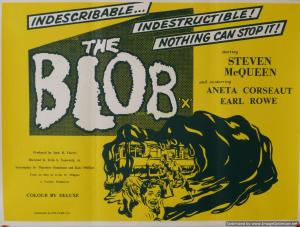 When Owen Paterson was sacked from his position as Environment Secretary back in June, he blamed the ‘Green Blob’ – a conglomeration of “powerful, self-serving” environmental lobbyists. Now an investigation by the Mail on Sunday has given shape to that blob, identifying the foundations that give well over half a billion pounds a year to environmental lobby groups – who are targeting the UK as the country leading the way in green energy policies.

At the centre of the blob is just one organisation: the European Climate Foundation (ECF), which pulls in about £20million a year in funds donated mainly from America, Switzerland and Holland, and parcels it back out to green lobbyists such as Friends of the Earth, Greenpeace, Green Alliance and E3G (the elite lobby group which persuaded the government to set up the Green Investment Bank at a cost of £3billion) and others. Many more millions are donated to these groups directly.

“The projects we fund all fall within the overall mission of the Foundation to support the development of a prosperous low-carbon economy in Europe,” Tom Brooks, managing director of the ECF told the Mail.

He argued that the ECF merely provides “a fact base” to help politicians and policy makers make the “many complex decisions that are necessary to move towards a high-innovation, prosperous and low-carbon future,” adding “The UK is a leader in many of these fields.”

Indeed, so successful has the lobbying effort been in the UK, that their efforts have seen policies put in place that cost the British economy between £360 billion and £400 billion to implement by 2030, according to energy analyst Peter Atherton of Liberum Capital. He says that the cost will see household energy bills rise by a further third in real terms, on top of the rises already seen over the past decade.

The blob scored another victory this week when European Union leaders agreed to cut greenhouse gas emissions by 40 percent by 2030. The policy represents a drastic acceleration of climate change policy: the previous agreement was dubbed the 20:20 agreement as it consisted of cutting carbon emissions by 20 percent from a 1990 base level by 2020. T

his new policy aims to double the target in just one third of the time. To do so will mean massive investment in renewable and nuclear power, with a commensurate closing of carbon fuelled power stations. In its 2013 annual report, the ECF said that working towards the 2030 agreement was “a big focus area for ECF as a whole”.

3 Responses to The Green Blob Unveiled: How UK Energy Policy is Bought With American Billionaires’ Cash