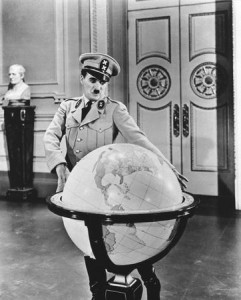 By IBD Editorial Board

Control: The House and Senate climate bills contain a provision giving the president extraordinary powers in the event of a “climate emergency.” As chief of staff Rahm Emanuel says, a crisis is a terrible thing to waste.

If you thought the House health care bill that nobody read has hidden passages that threaten our freedoms and liberty, take a peak at the “trigger” placed in the byzantine innards of both the House-passed Waxman-Markey bill and the Kerry-Boxer bill just passed by Democrats out of Sen. Barbara Boxer’s Environment and Public Works Committee.

As Nick Loris of the Heritage Foundation points out, the Kerry-Boxer bill requires the declaration of a “climate emergency” if the concentration of carbon dioxide and other declared greenhouse gases in the atmosphere exceeds 450 parts per million (ppm). It was at about 286 ppm before the Industrial Revolution and now sits at around 368 ppm.

That figure was picked out of a hat because the warm-mongers believe that’s the level at which the polar ice caps will disappear, boats can be moored on the Statue of Liberty’s torch and dead polar bears will wash up on the beaches of Malibu.

The Senate version includes a section that gives the president authority, under this declared “climate emergency,” to “direct all Federal agencies to use existing statutory authority to take appropriate actions … to address shortfalls” in achieving greenhouse gas (GHG) reductions.

What the “appropriate actions” might be are not defined and presumably left up to the discretion of the White House. Could the burning of coal be suspended or recreational driving be banned? Sen. David Vitter, R-La., asked the EPA for a definition and received no response.

Competitive Enterprise Institute scholar Chris Horner says “this agenda transparently is not about GHG concentrations, or the climate. It’s about what the provision would bring: almost limitless power over private economic activity and individual liberty for the activist president and, for the reluctant leader, litigious greens and courts” packed by liberal Democrat appointees.

Read the rest of this article at Investors Business Daily.

30 Responses to The Coming Climate Dictatorship