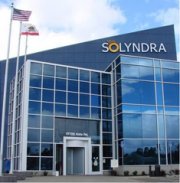 Speaking recently at America’s largest solar energy plant — in Boulder City, Nev. — President Obama insisted that green energy is so important, “You’d think that everybody would be supportive of solar power. And yet, if some politicians have their way, there won’t be any more public investment in solar energy.”

Indeed. And judging from the recent actions of Obama’s Commerce Department, the president himself is among those politicians.

The Commerce Department has decided to impose tariffs ranging from 2.9 percent to 4.73 percent on subsidized Chinese solar panels that are imported into the U.S.

Not that opposition to subsidies for solar and other “green” energies is to be lamented. Quite the opposite. Politicians have no expertise at forecasting consumers’ energy needs or identifying how best to meet those needs. And the fact that the money politicians spend to promote green-energy firms comes from taxpayers further reduces the likelihood that such subsidies will yield positive payoffs for the general public.

In a sane world, Obama would celebrate Beijing’s subsidies to Chinese solar panel exporters. Those subsidies supply Americans with the alleged benefits of artificially low-priced solar panels, but on China’s nickel!

Read the rest at the Daily.