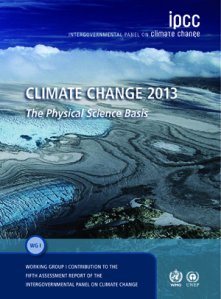 The United Nations’ International Panel on Climate Change has released a “final draft” of their 5th Assessment Report on the “threat” of climate change. Additional connected documents include a “fact sheet,” a new Summary for policy Makers and a short 2-pager that answers questions about the report.