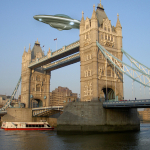 President Obama has put salvation from dreaded climate catastrophes on his action agenda hot list. During his inaugural address he said: “We will respond to the threat of climate change, knowing that the failure to do so would betray our children and future generations.” He went on to shame anyone who disagrees with this assessment, saying, “Some may still deny the overwhelming judgment of science, but none can avoid the devastating impact of raging fires and crippling drought and powerful storms.”

This sort of scary presidential prognostication isn’t new. He previously emphasized at the Democratic National Convention that global warming was “not a hoax”, referred to recent droughts and floods as “a threat to our children’s future”, and pledged to make the climate a second-term priority.

As much as I hate to nit-pick his doomsday scenarios, it might be appropriate to correct a few general misconceptions before getting back to that “overwhelming judgment of science” stuff.

Read the rest at: Forbes

26 Responses to In Their Own Words: Climate Alarmists Debunk Their "Science"