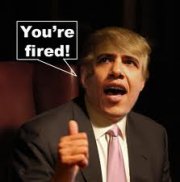 According to the Denver Post, the lab plans to eliminate between 100 and 150 of its 1,350 jobs. The Obama administration supported the NREL in 2009 with roughly $200 million in stimulus grants. Energy Secretary Stephen Chu visited Golden in May 2009 to promote the NREL as a beneficiary of those funds.

Read the rest at the Daily Caller.