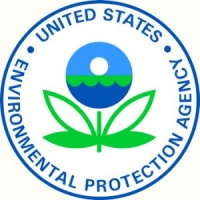 By Jeffrey Ball and Charles Forelle

Officials gather in Copenhagen this week for an international climate summit, but business leaders are focusing even more on Washington, where the Obama administration is expected Monday to formally declare carbon dioxide a dangerous pollutant.

An “endangerment” finding by the Environmental Protection Agency could pave the way for the government to require businesses that emit carbon dioxide and five other greenhouse gases to make costly changes in machinery to reduce emissions — even if Congress doesn’t pass pending climate-change legislation. EPA action to regulate emissions could affect the U.S. economy more directly, and more quickly, than any global deal inked in the Danish capital, where no binding agreement is expected.

Many business groups are opposed to EPA efforts to curb a gas as ubiquitous as carbon dioxide.

An EPA endangerment finding “could result in a top-down command-and-control regime that will choke off growth by adding new mandates to virtually every major construction and renovation project,” U.S. Chamber of Commerce President Thomas Donohue said in a statement. “The devil will be in the details, and we look forward to working with the government to ensure we don’t stifle our economic recovery,” he said, noting that the group supports federal legislation.

EPA action won’t do much to combat climate change, and “is certain to come at a huge cost to the economy,” said the National Association of Manufacturers, a trade group that stands as a proxy for U.S. industry.

Dan Riedinger, spokesman for the Edison Electric Institute, a power-industry trade group, said the EPA would be less likely than Congress to come up with an “economywide approach” to regulating emissions. The power industry prefers such an approach because it would spread the burden of emission cuts to other industries as well.

An EPA spokeswoman declined to comment Sunday on when the agency might finalize its proposed endangerment finding. Congressional Republicans have called on the EPA to withdraw it, saying recently disclosed emails written by scientists at the Climatic Research Unit of the U.K.’s University of East Anglia and their peers call into question the scientific rationale for regulation.

The spokeswoman said that the EPA is confident the basis for its decision will be “very strong,” and that when it is published, “we invite the public to review the extensive scientific analysis informing” the decision.

EPA action would give President Barack Obama something to show leaders from other nations when he attends the Copenhagen conference on Dec. 18 and tries to persuade them that the U.S. is serious about cutting its contribution to global greenhouse-gas emissions.

At the heart of the fight over whether U.S. emission constraints should come from the EPA or Congress is a high-stakes issue: which industries will have to foot the bill for a climate cleanup. A similar theme will play out in Copenhagen as rich countries wrangle over how much they should have to pay to help the developing world shift to cleaner technologies.

“There is no agreement without money,” says RosÃ¡rio Bento Pais, a top climate negotiator for the European Commission, the European Union’s executive arm. “That is clear.”

An endangerment finding would allow the EPA to use the federal Clean Air Act to regulate carbon-dioxide emissions, which are produced whenever fossil fuel is burned. Under that law, the EPA could require emitters of as little as 250 tons of carbon dioxide per year to install new technology to curb their emissions starting as soon as 2012.

Read the rest of this article at Wall Street Journal.