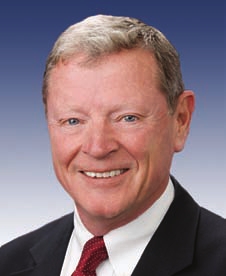 A top Republican senator has ordered an investigation into the Environmental Protection Agency’s alleged suppression of a report that questioned the science behind global warming.

The 98-page report, co-authored by EPA analyst Alan Carlin, pushed back on the prospect of regulating gases like carbon dioxide as a way to reduce global warming. Carlin’s report argued that the information the EPA was using was out of date, and that even as atmospheric carbon dioxide levels have increased, global temperatures have declined.

“He came out with the truth. They don’t want the truth at the EPA,” Sen. James Inhofe, R-Okla, a global warming skeptic, told FOX News, saying he’s ordered an investigation. “We’re going to expose it.”