By Dan McGrath on May 12, 2010 in Al Gore, Corruption, Junk Science, Michael Mann 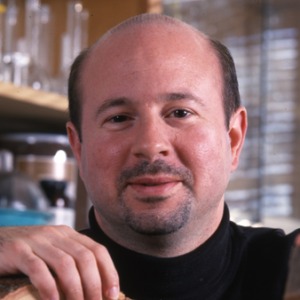 Are academics some special subspecies of humans who are beyond suspicion and above the law? That’s the question being played out in a drama between Virginia Attorney General Ken Cuccinelli and the dead-end defenders of global warming’s poster junk scientist, Michael Mann.

Mr. Cuccinelli is under assault by the climate-alarmist brigades for launching an investigation into whether any fraud against taxpayers occurred with respect to Mr. Mann’s hiring by the University of Virginia and his receipt of government grants. Mr. Cuccinelli recently sent the university a civil investigative demand requesting e-mails and other documents pertaining to Mr. Mann.

Mr. Cuccinelli’s rationale is simple to understand: Mr. Mann’s claim to fame – the infamous “hockey stick” graph – is so bogus that one cannot help but wonder whether it is intentional fraud.

Developed in the late 1990s, while he was at the University of Massachusetts, Mr. Mann’s hockey-stick graph purports to show that average global temperature over the past millennium was stable until the 20th century, when it spiked up, presumably because of human activity. The hockey stick was latched onto by the alarmist community, incorporated into government and United Nations assessments of climate science and held out to the public (particularly by Al Gore in “An Inconvenient Truth”) as proof that humans were destroying the planet.

But by the mid-2000s the hockey-stick graph was revealed for what it was – pure bunk.

Skeptics first became suspicious because the hockey stick failed to show two well-known periods of dramatic swings in global temperature – the so-called Medieval Optimum and the Little Ice Age. Mr. Mann’s indignant refusal to share his data and methods with skeptics only added fuel to the fire. Eventually, skeptics discovered that the hockey stick’s computer model would produce a hockey-stick graph regardless of what data was input. But it gets worse.

Mr. Mann apparently created the hockey stick by cherry-picking data he liked and deleting data he didn’t like. While the vast majority of the hockey stick is based on temperature data extrapolated from tree rings going back hundreds of years, the tip of the blade (representing the late 20th century) was temperature data taken from thermometers. Beyond the obvious apples-and-oranges problem, Mr. Mann appended the thermometer data to the hockey stick at a point at which the tree-ring data actually shows cooling. This cooling trend data was then deleted. This is what is referred to by the now-famous “Climategate” phrase “Mike’s Nature trick to … hide the decline.”

Read the rest of this piece at the Washington Times.