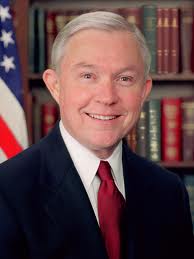 It has been eight years since the last major hurricane struck the United States—a lull that experts call an “extended and intense hurricane drought,” the longest such drought since reliable records began in the 19th century.

This is welcome news for Alabamians. The nation still remembers Hurricane Camille (a Category 5 storm) that hit our region in 1969. Hurricane Frederic (a Category 3 storm) made landfall at Dauphin Island in September 1979, leaving widespread devastation and a tree on the roof of my home in Mobile. Hurricane Opal (a Category 4 storm) struck Alabama in October 1995. And it doesn’t take a major hurricane to cause tremendous damage, as “Superstorm Sandy” demonstrated.

We face other forms of extreme weather too, like droughts, floods, and tornado outbreaks that can leave a wide path of destruction. Extreme weather happens, and we should all take common-sense, cost-effective steps to plan, prepare, and respond. The federal government has a key role to play there.

But the Obama Administration, congressional Democrats, and other climate alarmists are now pointing to extreme weather in a desperate attempt to promote their political agendas at the expense of hardworking Americans.

There is a reason for this dubious strategy…

Read the rest at AL.com