By ManBearPigHunter on December 30, 2014 in Opinion, Science

1. Stop lying about sea ice. The amount of sea ice on Earth is near a record high.

2. Stop lying about global warming. There hasn’t been any significant troposphere warming for 18 years.

3. Stop lying about climate models. They are a disaster and 97% overpredict warming.

#5. Stop lying about drought. Droughts in the US are becoming less severe and less frequent, and the US has been wetter than normal over the past year. 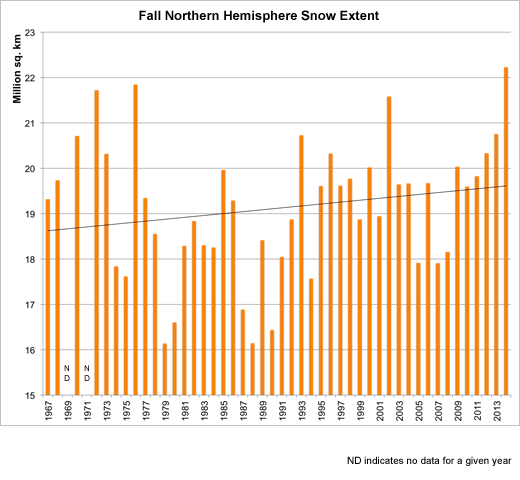 #8. Stop making up thermometer data where it doesn’t actually exist

By following any one of the simple principles of scientific integrity, a climate scientist can be guaranteed to be ostracized, have their funding cut off, have web sites set up to personally attack them, get fired, and possibly have the president of the US smear them.