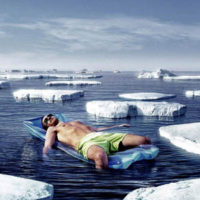 By ManBearPigHunter on December 2, 2016 in Opinion

First off let me say congratulations on you outstanding victory. I supported and voted for you and am privileged to be a part of this historic moment. The stock market is up, Carrier and Ford are keeping their plants here, peace is breaking out across the globe and you’re not even sworn in yet. I think ISIS will be a thing of the past now that you’re in office as well. But I fear you biggest challenge still lies ahead of you and that is the threat of “Global Warming”.

Like you I am a global warming skeptic and am so glad to finally have someone as President who thinks the way I do but globally the people have been brainwashed into thinking that Global Warming is the biggest threat to humanity there has ever been. People need something to fear and if you remove all other fears Global Warming will rear its ugly head and be the biggest threat once again. I already see it happening, not in real life of course, I’m talking about in the Mainstream Media, they are really ramping up the Global Warming Propaganda big time.

1. We are funding our own destruction

First off you have to cut off the funding of Global Warming research. The US spends billions annually on study after study telling us how Global Warming is worse than ever and you only get the money if your study supports Global Warming. There is no funding for skeptical studies and it’s ruining science. Good article here.

As you so accurately pointed out in your New York Times interview, scientists have been caught fudging the data in Climategate and they haven’t stopped its worse than ever. You need to hire Tony Heller AKA Steve Goddard and have him look into the data and he will get rid of the tampering he’s a genius. You might need to fire the people who have been doing the tampering as well I won’t mention names. Watch Tony’s video here.

Great job appointing Myron Ebell as EPA Transition Manager, keep picking people like that. I read an article (probably fake) that said you might appoint Ivanka as Climate Czar, I think this would be a bad idea. Don’t get me wrong, I love Ivanka but I think she, like most Millennials, believes in Global Warming. This is because that’s all they have heard their whole life and they don’t know any better, plus she is not a scientist. There are so many well qualified actual scientists you could appoint to this or other positions like Science Czar, Judith Curry, or John Cristy for instance would be great and there many more to choose from.

Anyway, I think you’re doing a good job, keep it up.