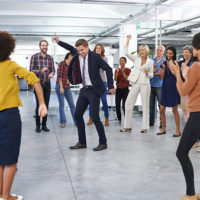 By ManBearPigHunter on February 1, 2017 in News

Ahead of the confirmation hearing of climate skeptic Scott Pruitt, President Trump’s nominee to head the EPA, former aide Myron Ebell says it’s only a matter of time until the US leaves the climate agreement.

The former head of President Donald Trump’s transition team at the Environmental Protection Agency (EPA) has said it is only a matter of time before the president pulls America out of the Paris climate agreement, and that an executive order on the issue could come within days.

“I expect Donald Trump to be very assiduous in keeping his promises, despite all of the flack he is going to get from his opponents,” he told the media at a briefing in London on Monday. He was speaking at an event organized by The Global Warming Policy Foundation (GWPF), the main group advocating climate change skepticism in the United Kingdom.

Speaking in London, Ebell also called the environmental movement “the greatest threat to freedom and prosperity in the modern world.”

Ebell, a long-standing climate change denier, said the United States would “clearly change its course on climate policy” under the new administration.